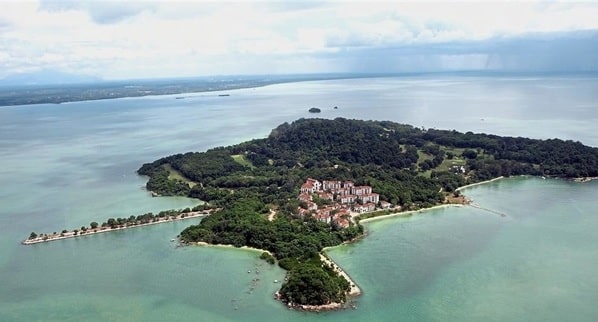 Pulau Besar, the biggest among a cluster of islands, off Melaka and is shrouded in myths and legends. It is covered by lush green vegetation and boasts fine sandy beaches. The 120-hectare is island is located five nautical miles off Melaka. It has a number of old graves, including one of the founder of Melaka, Sheikh Ismail. Devotees come from near and far to offer prayers.
Pulau Besar is just 10 minutes by boat from Umbai (close to Melaka), where travellers stop to savour its famous grilled fish before boarding boats for the island. Nowadays, boats also leave close to the Blue Mosque in Melaka.
In the 1990s, when a large company came to Malaysia, many foreign investors turned their eyes to Pulau Besar. The investors hired a super expensive Italian star architect, which made it look like a little European paradise on the Malaysian island. The winding streets, narrow houses with French doors, luxury restaurants and stylish shops created the atmosphere of the Mediterranean Riviera. 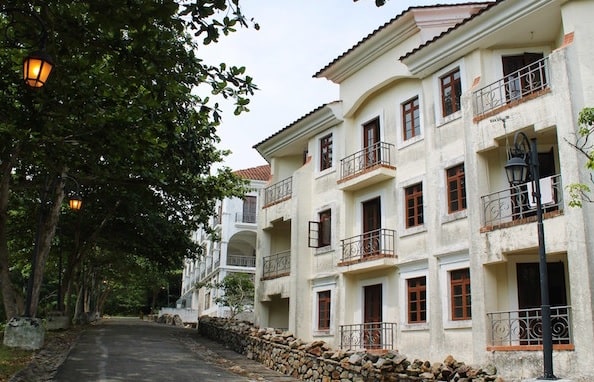 Nevertheless, the hotel only existed for 5 years. The powerful religious lobby in the Malaysian government convinced incumbents that the hotel was offending the feelings of the Hindu and Muslim pilgrims who came to the island every year to pray and find absolution. As a result, the hotel management had to leave the island. Leaving behind expensive furniture and mattresses, cutlery and linen, a small fully functional power station and even water in the pools.
The reason the big company had to leave the island is the high concentration of Hindu and Muslim holy sites. The most important is the tomb of Sultan Ariffin. Currently surrounded by the metal cage.
In fact, all the tombs on the island are not very impressive, you will not see beautiful shrines or breathtaking temples. Most graves look like small patches of grass, marked by a few white stones.
There is also a so-called source of wealth. It looks like a very dirty hole with water on the bottom. Legend has it that you will find countless gold coins there if you dive deep enough.
For some inexplicable reason, it is illegal to sleep on the island. This reason is particularly ludicrous, when you consider that there is one guesthouse on the island, a small tented camp where pilgrims live, and the huge abandoned hotel, whose presidential suits are populated by a few homeless teenagers.
The hotel administration wanted to create a beautiful botanical garden for the guests to take long romantic walks. The hotel is no longer in use. Still, tropical gardens continue to grow, making this small island an attractive habitat for a variety of birds and butterflies.
Most amazingly, the golf courses are not overgrown! They have the same beautiful green color and soft texture as on the opening night of the hotel. Biggest mystery among all the interesting facts of Pulau Besar. 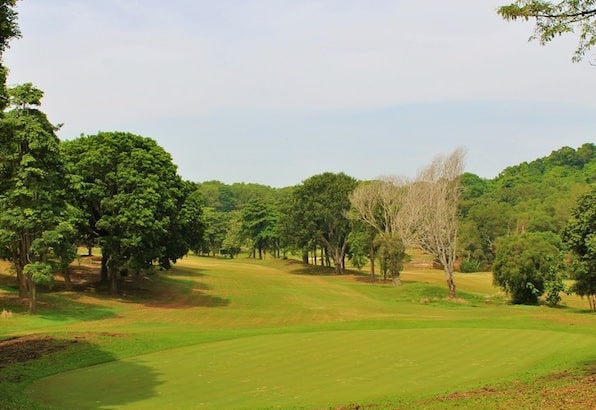 The large golf course has 18 holes and covers the entire western part of the island.

GUA YUNUS
The mysterious cave where a wise man called Yunus used as part of his training in self-discipline and silat practices.

TELAGA AIR TAWAR (FRESH WATER WELL)
It is a unique fresh water well exceedingly close to the sea. Legend has it that when the tide is high the water in the well would be saline but during low tide the water would be fresh.

BATU BELAH (SPLITTING ROCK)
The famous rock at the golf course, where more than a century ago Panglima Lidah Hitam demonstrated his power by using his tongue to crack the rock into two.

SHRINE OF SHARIFAH RODZIAH
Sharifah Rodziah was a pious woman and a devout Muslim. She was said to be the 'guru' to Malay queen legend, Siti Zubaidah. Sharifah Rodziah played a prominent role in the spread of Islam in the region.