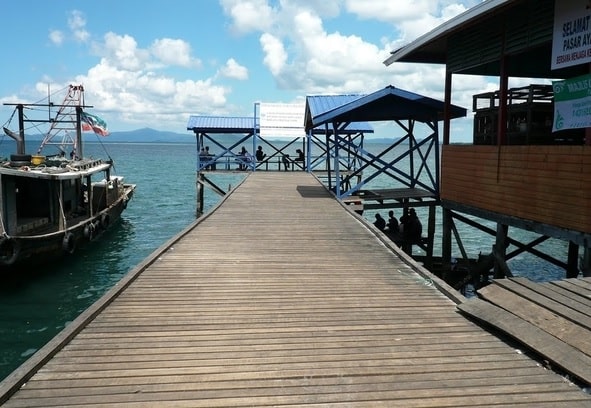 Kunak is located halfway between Lahad Datu and Semporna. Kunak's population is estimated to be around 40,000. It mainly consists of the Bajaus and Buginese. There is also a significant Chinese minority involved in running the shops in the center of Kunak. Many are also landowners who grow oil palms. There are also Chinese primary and secondary schools.
Kunak jetty is located about 2 km from the center and is called Pengkalan Kunak. The road to the jetty is lined with wooden shops, which are suspected to be illegal immigrants. Every day fishermen come ashore with their catch at the jetty. Of course you will find the “wet market” here, where the housewives buy their fish and meat. The fish is also resold to traders.

The Japanese occupied Borneo for almost four years. During this time they did not endear themselves to the locals and many of their operations at the time are still shrouded in secrecy.
However, in the 1970s, when the forest was cleared from the area, a yawning revealed hole in the ground a huge clandestine tunnel, which had been built by the Japanese during their occupation. It apparently connects locations miles apart.
This tunnel is partly earth and rocks. The five-mile tunnel, which branches in four directions, is located in the grounds of the Sime Darby plantation. The tunnel is located approximately 12 kilometers from Kunak town.
According to older men in the area, some have attempted to explore the tunnel to reveal its secrets, but have failed to go far inside. Workers from a nearby oil palm plantation is also the cave entered. But the rope was not long enough. They did not get further than 200 meters. The tunnel has partly collapsed further on.
Every year some Japanese families come to this tunnel every year as a kind of pilgrimage. All very mysterious.
Perhaps this could become a draw in Kunak's development.
The secret tunnel was probably used by the Japanese army to transport and store war material during World War II. Large enough to allow a 10-wheel truck to pass through, the tunnel was accidentally discovered in the 1970s by the Ibans tasked with clearing the jungle. They initially discovered part of the tunnel that had collapsed.
The tunnel with a diameter of four meters leaves many questions unanswered, such as where it starts and ends. The tunnel still needs to be further developed as a tourist attraction. A proposal has been made to the government of Sabah to promote the tunnel. 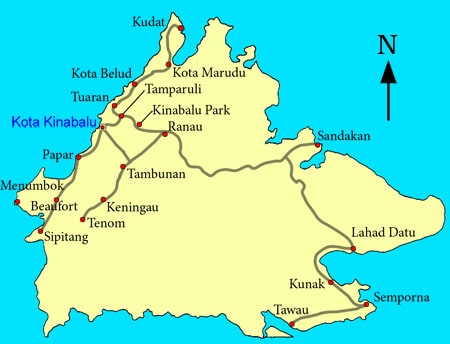