The Darul Hana bridge is a beautiful pedestrian bridge, which opened in November 2017. The inhabitants of Kuching always had to cross the Sarawak river with a "bot tambang" or "water taxi". Now the population and also the tourists can cross over the bridge to make the crossing from the south to the north of Kuching. The bridge stands out because of its special shape. It is not a straight bridge, but an S-shaped pedestrian bridge, resembling a Yin and Yang sign. The bridge is 336 meters long and is supported by two cables that are 45 meters high and connected with two outward-facing steel pillars with hornbill wings. 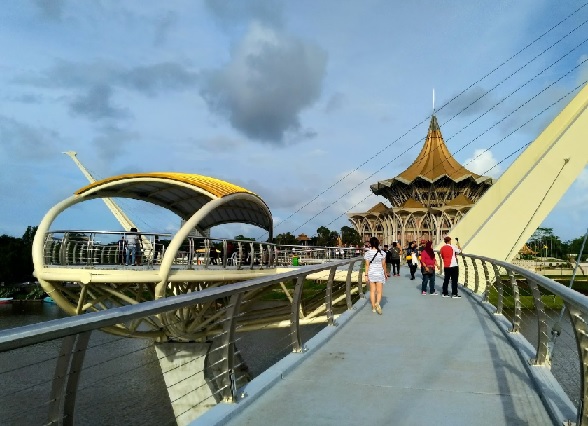 The city of Kuching in Sarawak is divided in two parts by the Sarawak River. To connect the northern city with the southern part, the 'Darul Hana Bridge' was built. There is now an alternative route from north to south, without a detour or transfer by boat. 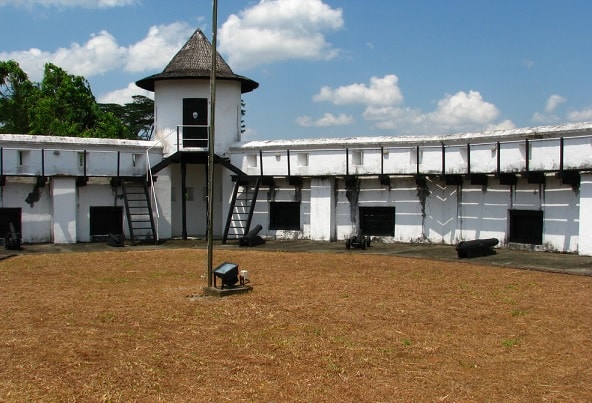 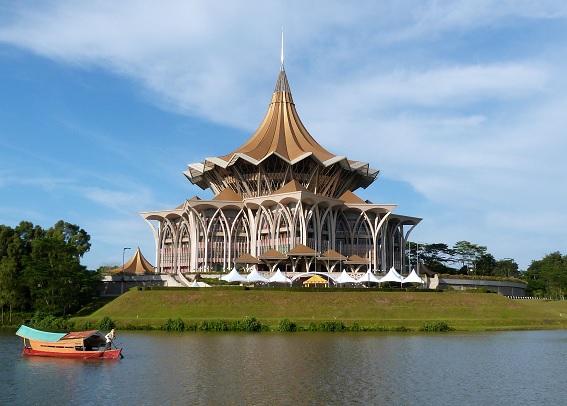