Behind this wall of glass is a piece of rainforest.
"airport in the forest, forest in the airport"

If you have you've taken your luggage from the belt andyou've passed the customs, you want to go to Kuala Lumpur. There still two ways to go: by taxi or bus. Before you go out you must buy a taxi ticket at a ticket counter (before getting out!!). Don't worry about the price. They are fixed. On the ticket is written you're destination in Kuala Lumpur. Just hand you're ticket to the taxi driver and he'll bring you to your hotel.
At the moment they is a new railway from KLIA to Kuala Lumpur. The fare of the ticket is RM35,- The train was a wish of the local public, because they think that the distance to the airport is too far and the price of bus/taxi is too high.
The airport is meant to be a central hub for the region of South East Asia. KLIA should be handling 25 million passengers a year. But if it's still possible? I don't know!
The start was very good, but at the moment some airlines are leaving KLIA (Qantas). But.......... also some airlines think of coming back. For us, passengers, it's a relaxing airport. Beautiful to see. Very nice to walk around in this space station. 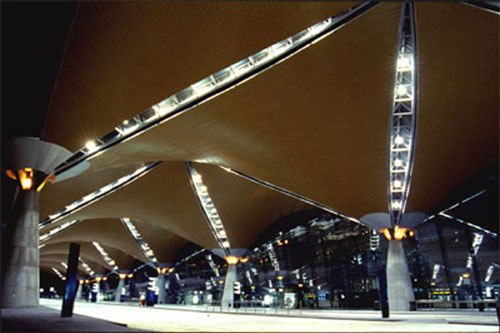 What are the various modes of transportations from KLIA to city hotels?

From KLIA, one may take a taxi or limousine, the Express Rail Link (ERL), Airport Coaches and car hire. Coupon System is implemented for taxis and limousines. Airport Coaches also transfer passengers to the hotel. The followings are details with cost for one way transfer: -
Taxi to hotel city centre - approximately RM90.00