Notes to driver Note to the driver. We often report that we are two people with two large backpacks. This way you prevent a mini from coming.

When everything is filled in and is in good condition, press "Book". Grab is now looking for a driver. Grab's algorithm works close to drivers who are further away. Because of this you often do not have to wait that long.
If a driver has accepted the ride, you will see the car move on the map. We have our doubts about this card, because according to this card the car often drives through parks, shopping centers and water. The estimated arrival time is often correct. Here, too, it may happen that the driver calls to confirm the pick-up location. Pretty neat. And of course you get the license plate of the car so you can look forward to the car. If you decide to go somewhere else during the ride, the price will of course be higher.
If the ride is on and the car is gone, you can often give an assessment of how the ride has given birth. At Grab you can only judge with a number of stars. 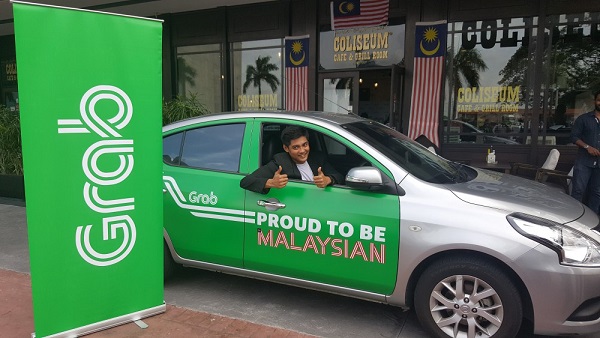