"It's an historical site in Penang. The site is very well maintained & the toilet is very clean. Very good view of the sea from the top of the fort. There is a guide stationed in the fort to answer queries. However, tourists need to pay RM12 entrance fee. Very pricey consider that there is nothing interesting in the fort & you can finish touring the site within 30 mins." 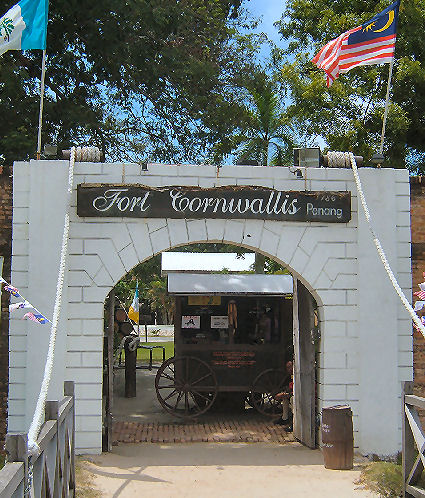 The star-shaped Fort Cornwallis stands at the place where Francis Light and crew landed on August 11th, 1786 to "take possession" of the island of Penang. Before that the island belonged to the Sultan of Kedah.
August 11th 1786 was also the birth date of Prince Charles and hence Francis Light named Pulau Pinang as the Prince of Wales Island.
At first the fort was made of a stockade of nibong palm trunks, but this was quickly replaced by a brick fort. In old paintings and postcards Fort Cornwallis can be seen surrounded by a moat and containing a number of buildings within its walls: of these the Christian chapel and a gunpowder magazine still stand. Fort Cornwallis is the best-preserved fort in Peninsular Malaysia. 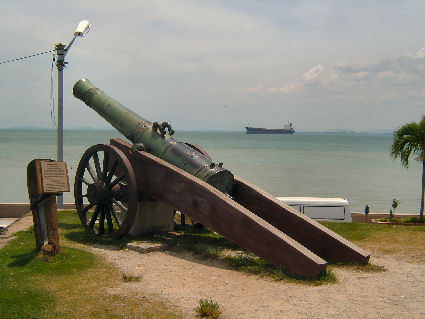 Fort Cornwallis was gazette on 8 September 1977, under the Antiquities Act 168/ 1976, as an Ancient Monument and Historic site.

In 1805 there were plans to rebuild a fort further inland, but that would have meant demolishing the existing fort and half the commercial town!

The fort is one of the first European structures in Penang. Fort Cornwallis is probably the only remaining fort built by the British in this part of the world.
It was named after the Governor-General of Bengal, Charles Marquis Cornwallis.

Francis Light designed the fort to protect the harbour from possible French attacks.
At that time Anglo-French rivalry was at a peak. However, after the Anglo-French hostility ceased in 1816, the fort lost any semblance of significant importance.

Seri Rambai Cannon (above)
Inside Fort Cornwallis are numerous cannons and one of them is the infamous Sri Rambai, a brass cannon with an interesting history.


It's hard to believe that the centrepiece of Fort Cornwallis – the "Seri Rambai" cannon – has a Dutch origin, but that's the kind of hidden historical gem one can find here.
The cannon's history in the Malacca Straits began in the early 1600s when Dutch East India Company officers gave it to the Sultan of Johor in return for trading concessions. In 1613, the Sultanate of Aceh attacked and destroyed Johor, captured the sultan, and took Seri Rambai to Aceh.
Near the end of the eighteenth century, the cannon was sent by Aceh to Selangor and mounted next to one of the town's hilltop forts. In 1871, the British colonial government launched an attack on the town in Selangor, after pirates commandeered a Penang junk, killing its thirty-four passengers and crew, and took the vessel to Selangor. After a series of skirmishes and the arrival of support troops and artillery, the town was burned, the forts demolished and the Seri Rambai taken to Penang.
The loss of the cannon was deeply felt in Selangor: a local prophecy maintains that only when the gun is returned will the town regain its former eminence.
The gun was originally displayed at George Town's Esplanade; in the 1950s it was moved to Fort Cornwallis, where it has remained ever since.

According to a local believe, childless women can conceive by placing flowers in its barrel and offering special prayers.
The bowels of the fort contain a history gallery, a handicraft and souvenir shop, and an open-air amphitheatre, where local music and dance festivals are frequently staged.
The fort has become a popular destination among local and foreign tourists. 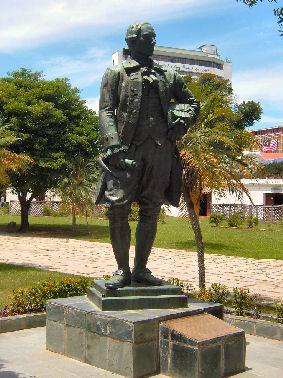 The statue of Francis Light, modelled after his son was relocated from the Penang State Museum to the grounds of Fort Cornwallis. The status now overlooks the fort and it holds a great heritage treasure in the heart of Georgetown.