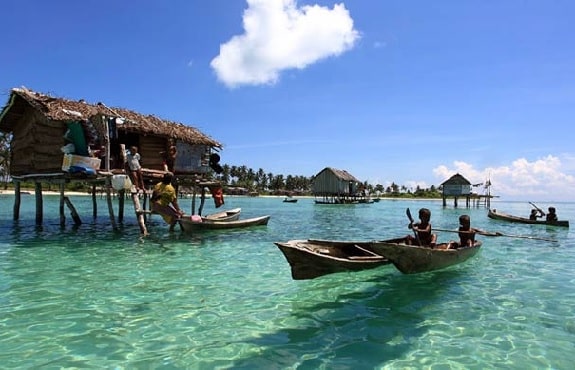 The Bajau people, an ethnic group of Malaysian descent, have lived almost exclusively on water for centuries. The Bajau may be the last seafaring people in existence.
They live in Southeast Asia, in the waters southwest of the Philippines. As a migrant people, they drift from one place to another and remain officially detached from any of the neighboring countries. The people who live near Semporna and the neighboring islands live in houses on stilts.
The Bajau traditionally live by hunting underwater. The traditional housing at Semporna consists of wooden houses on stilts above the sea water. Some of these people live by hunting underwater with spears for fish, sea cucumbers and octopuses. She is known as 'sea nomads or sea gypsies'. They can remain under water for a long time. It has been found that this is possible because the spleen, which during the underwater stay, releases oxygen-rich blood for longer than normal.
A large number have given up their nomadic lifestyle to settle permanently on the land in search of more stability. These people are known as the Bajau Darat. At sea, many still maintain their gypsy-like lifestyle and the number of Bajau Laut living around Semporna is estimated to be over 3,000.

The Gypsies are exceptional free divers. Many have the art of freediving to depths over 20 meters and can hold their breath for a few minutes. In addition to being excellent at fishing and diving, they are also adept at building stilt houses and boats called lepa. Beautifully decorated, colored lepa boats are part of the popular and annual Regatta Lepa festival.
However, the fate of the Gypsies has remained largely unchanged. They have always been and still are 'stateless' people. According to the United Nations, there are more than 10 million stateless people in the world. 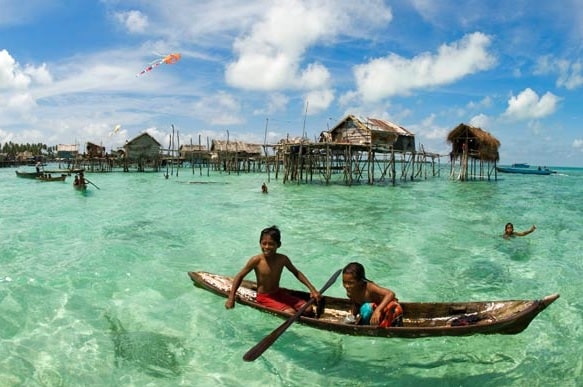 Most have not been granted citizenship by Malaysia, the Philippines or Indonesia, as they are supposed to reside in the waters of the Sulu Sea, and not strictly on land owned by any of the countries.
As a result, most of their children do not have access to a formal education system as students are required to have a birth certificate and both parents have a national ID card. 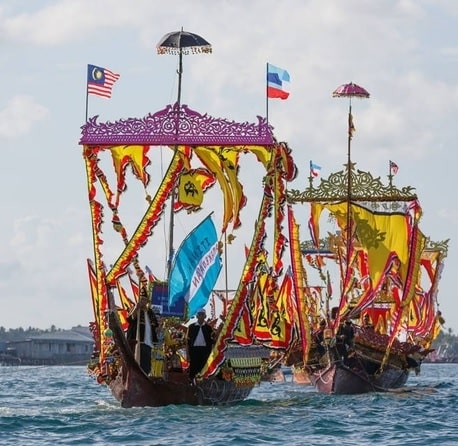 The Regatta Lepa is an annual event that pays tribute to the lepa, a traditional single-masted sailboat of the Bajau Semporna. A fleet of colorful boats rest on the Sulu Sea as they compete for the title of 'Most Beautiful Lepa'. The celebration continues with various cultural performances, the Lepa beauty pageant, as well as traditional and contemporary sports and games.