"Mari Mari is an idiom in national language of Sabah Malaysia which means follow me.
Wondering in the heart of darkness to explore how old tribes used to live Inside the forest of Borneo peninsula Their traditions. How to make food. How to set fire. How to protect themselves. And how to bury their deceased and mourn them. A three hours tour inside the forest is amazing to explore What you never tried before I recommend this tour especially for those who have kids. It is a good source for knowing about other cultures." 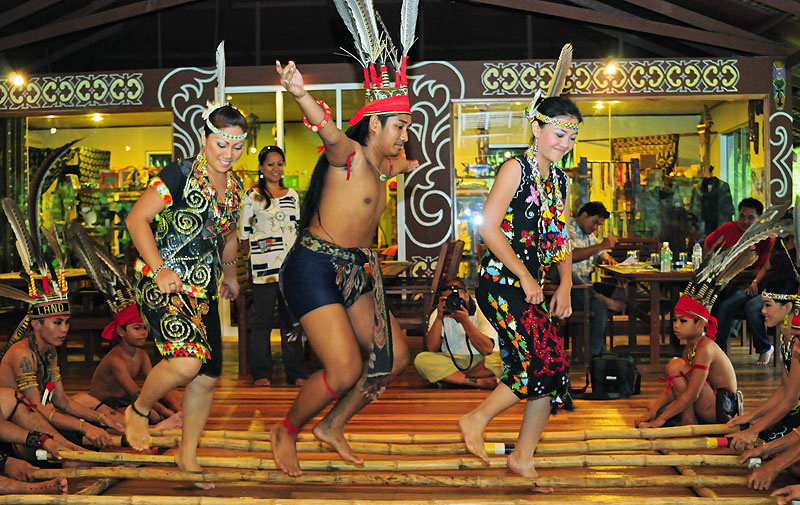 You have also the opportunity to see and experience the culture and lifestyle of how the indigenous ethnic groups of Borneo used to live in the olden days when electricity had not yet been introduced in their land. 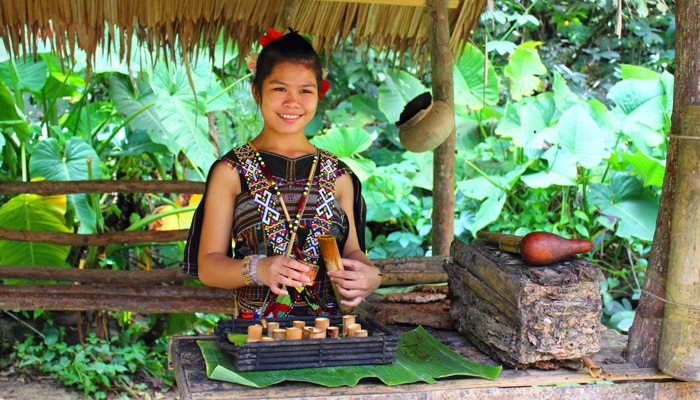 The village features 5 different ethnic tribes in one village. They are the rice farmer Kadazan-Dusun, the longhouse resident Rungus, the hunters and fisherman Lundayeh, the cowboy and sea gypsey Bajau, and the famously feared headhunting tribe Murut.
For a more hands-on experience, check out the little huts in the village where daily routines of traditional Sabahan life come alive. Grab the chance to see blowpipe-making demonstration, fire-starting demonstration using bamboo, tattoo-making demonstration, and get an in-depth look at the mystical symbolisms behind them. Visitors will also get chance to sample Sabahan traditional delicacies from each ethnic group.

Rather than portraying living cultures, Mari Mari sort of freezes local ethnic groups into museum pieces. No one is dressing in loincloths and feathers in Sabah, except maybe in the very deepest, remote interior. The Rungus and Murut may live in longhouses, but many of those longhouses have satellite television and air-con, and they hunt with guns, not blowpipes.
There is also a small waterfall – Kiansom Waterfall – about 400m beyond the cultural village, which is easily accessible by private transport or on foot. The area around the cascade lends itself well to swimming and it's a great place to cool off after a visit to Mari Mari.

From a Travel Blog:

"From the moment the mini bus that picked us up at our hotel arrived at the Cultural Village this was a brilliant, well organized, learning experience. The on-site guide was welcoming, informative and attentive to all members of the group. The entrance walk over the bridge to cross the fast flowing stream was a great introduction to the well-maintained village. At each house food or drink was prepared in the traditional way or a traditional activity available for us to watch or participate in.
The stories of how people lived was fascinating. Providing a drink before the cultural performance was a refreshing touch. When it rained as we moved to the lunch venue, they even had umbrellas for those who needed one.
The lunch used traditional foods, which I thought was really appropriate. Being a buffet, most people found enough that was to their taste. Toilet facilities were clean and there was no need to queue although a large number of people were there. All in all, a very enjoyable visit." 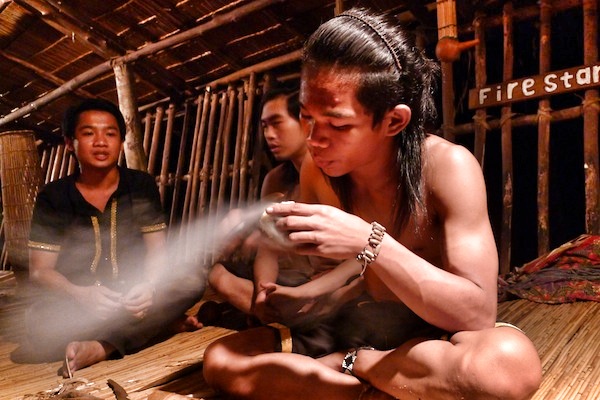