"Spent just the 1 night at the Kinabatangan River staying in Sukau but had the benefit of the afternoon cruise and the sunrise cruise - both of which were excellent. Managed to see many proboscis monkeys, an array of different birds, a glimpse of an orangutang and on the morning cruise - various crocodiles. The guides share knowledge with the other guides so if there is something on the river to see on the day you are going, you will see it regardless of your guide. Would highly recommend." 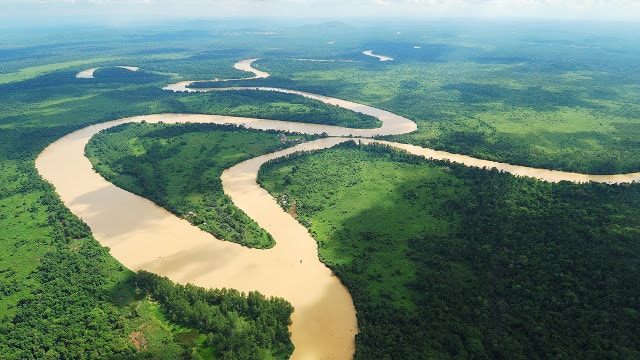 The Kinabatangan River is the largest and longest river in the Malaysian state of Sabah. Stretching 560km from the Crocker Range in the southwest of Sabah to the Sulu Sea in the east, the Kinabatangan River sustains one of the world's richest ecosystems. The lower basin of the river itself is the largest forest covered floodplain in Malaysia and has the largest concentration of wildlife in the South East Asian region.
A trip up the river at dawn or dusk is the best opportunity to see the wildlife. You might even sight an Asian elephant or a Sumatran rhinoceros wandering through the trees. Optional tours can be arranged for night safaris as well to spot crocodiles, birds and nocturnal animals. The river, used for transport, trade and communication, has been the lifeblood of local people for centuries. Forest products such as edible birds' nests and bees' wax, elephant ivory and hornbill casqued were once traded.
Nowadays there are about 20 palm oil mills in the Kinabatangan basin, which process the produce from rapidly expanding oil palm plantations. The oil is used in the production of margarine, soap, livestock feed, lubricants and many other industrial and household products. Large-scale commercial logging and small-scale farming began along the Kinabatangan in the early 1950s. This provided the people of Sabah with income and employment. Several forest reserves were created in the 1970s, but these were quickly reallocated for agricultural use.

The Orang Sungai is group of indigenous people native to the state of Sabah. Groups of communities live along the Kinabatangan River and depend on the river ecosystem for fish, prawns and forest products including rattan, beewax, camphor and edible birds' nests. Their name originated during the colonial rule by the British, who collectively named all communities living along the Kinabatangan as the River People.
Over the years they have progressively intermarried with other indigenous races and migrant groups such as the early Chinese immigrants, Bugis from Indonesia, and Suluks and Cagayans from the Philippines. They now live largely in scattered settlements along the Kinabatangan from the upper to the lower reaches. 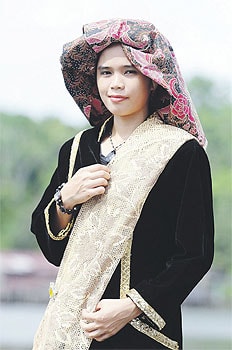 Kampung Sukau is a community of approximately 1200 people made up of 150 families who are all of the Muslim faith. It is accessible by unsealed road, branching from the main Sandakan-Lahad Datu or, alternatively, by boat along the eastern coastline of Sabah. Basic infrastructures exist in the form of small government clinic, a primary school. Electricity is available in the village but the supply is not consistent. There is still not clean running water and villager rely on rainwater and river water from the Kinabatangan.

Getting There
The overland trip from Sandakan to Sukau covers 135km where 42km of the journey is on gravel road through palm oil plantations. A 350km drive from Kota Kinabalu is also possible but will take at least six hours. Transportation can be arranged with local tour operators. 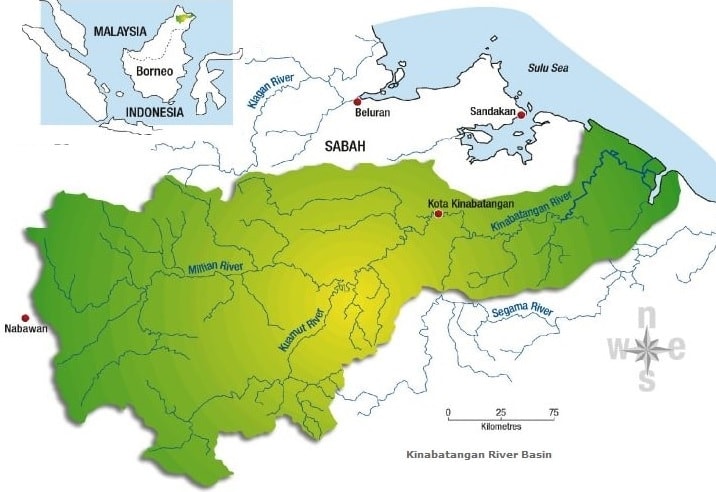 The hotel sits on top of the hill overlooking the town of Sandakan.Yet it is accessible by a 15 minute walk to the town below. The hotel has 120 spacious guest rooms and suites, with a homely atmosphere. Each is equipped with all the latest comforts including a colour tv with in room movie channel, built in mini bar refrigerator, IDD phones. The hotel has a sports and fitness club, a fully equipped gym, outdoor tennis and squash courts, a jogging track, free form swimming pool fed by a beautiful waterfall, spa steam baths and a sauna. Golfing arrangements can be made at the nearby Sandakan Golf Club. This is the only international class hotel in Sandakan.